In the meshing process, if the geometry has sharp angles that you want to resolve, then edge refinement is needed, otherwise, the meshed edge would look blunt, which is not acceptable.

One should play with four parameters when trying to control the quality of edge refinement.

The extraction of explicit feature edges and the refinement around which

In the file surfaceFeatureExtractDict, the parameter includedAngle controls the extraction of the surface features. If the angle is larger than the includedAngle value, the angle would be captured.
A larger value contributes to a better extraction. For example, If someone wants to capture the edge at a 175° obtuse angle as the feature edge, he has to set the includedAngle to at least 175°.

In the file snappyHexMeshDict, choose the suitable refine level in the castellatedMeshControls section.

It is worth mentioning that the explicit feature extraction is optional. Many users just skip it and instead uses refinement based on implicit features.

The implicit feature edge resolution and the curvature refinement level

In the subsection refinementSurfaces, call the surfaces where you want to refine and give the level values. In this case, when the edge is resolved, snappyHexMesh will do curvature refinement to level 6, otherwise just simple surface refinement level 5.

Play with the four parameters

Play with the four parameters, i.e. two angles and two levels, and you will get the satisfying refinement effect.
These are some case photos I saw on wolfdynamics.com, which could work as decent references. 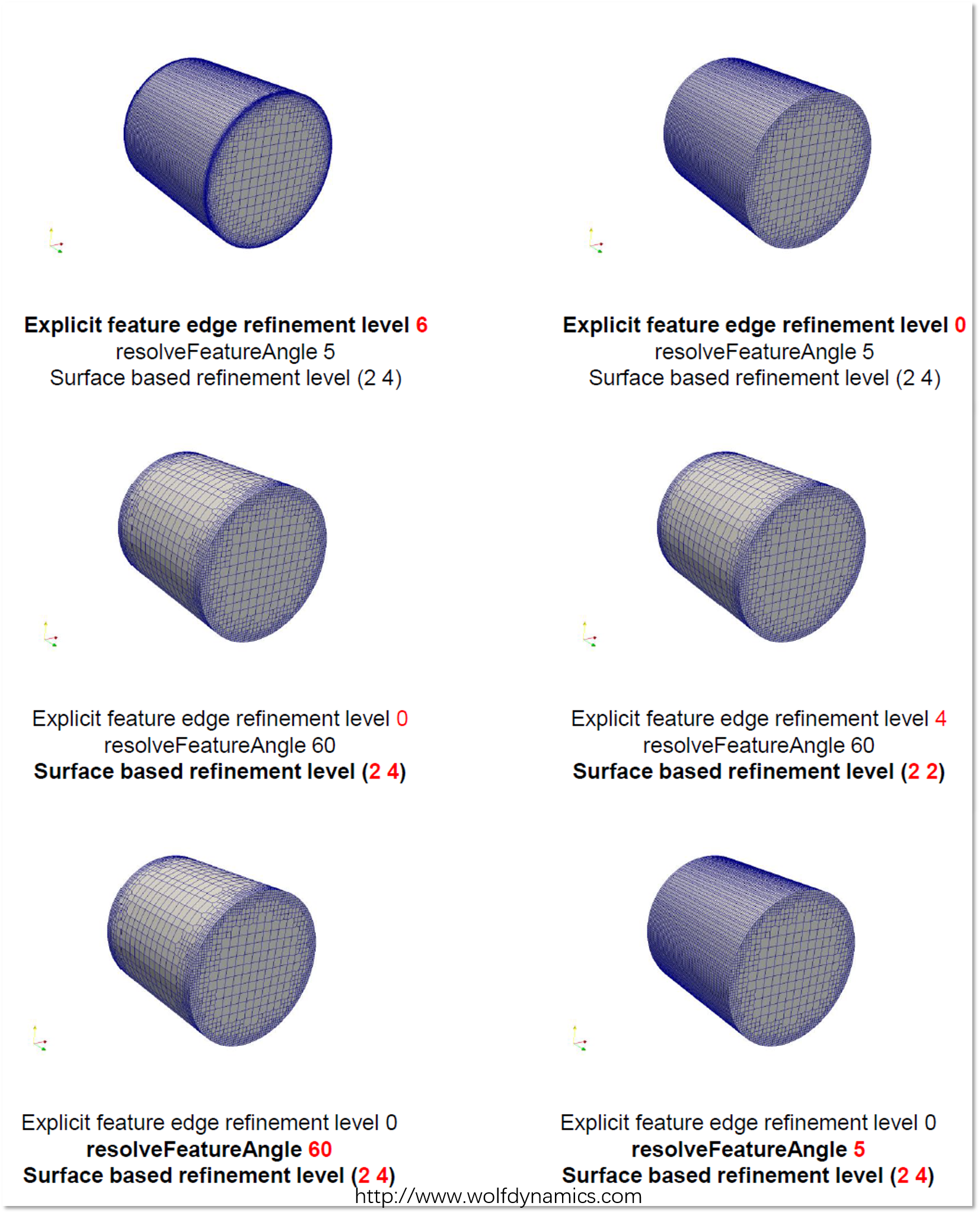